“So Robert, just like before, I’m going to ask you to look at the image for ten seconds, and whatever comes to mind, just say it.”

Robert watched Dr Lambert extract an A4 print from a manila folder. He laid it on the desk. Against the clinical whiteness of the consulting room, its intensity startled him. To be truthful, all he could see in it was blood, but that was the last thing he should admit. He spoke quickly, without thinking.

“A dragon. A dinosaur. A volcano erupting. A genie coming out of a lamp.”

“And if you had to pick just one of those things?”

“The genie. Some kind of ghost.”

“Very good. And the whole image. How does it make you feel?”

Robert frowned, trying to appear deep in thought. In fact, he had felt it instantly, before Dr Lambert spoke. The soft sweep of a woman’s hips. The stickiness of blood. The thrill of it, the darkness that came out of her, the closeness. He struggled to put it into words, but the feeling was euphoric. A glorious epiphany. He swallowed, wondering if the therapist could see how fast his heart was racing.

“Hmm. Right.” The doctor finished his scribbles with a flourish.

“Did I guess right?” Robert asked, wiping his clammy brow with his sleeve.

“There’s no right or wrong answer.”

“Then what’s the point?”

“We see things not as they are, but as we are. See you next week. Same time.”

But Robert was already gone. Perhaps he’s drinking again, he speculated. After a moment of reflection, he picked up the phone and dialled a long number.

To occupy himself while he waited for his colleague, he examined the image. Like a lightning strike, he felt a twist in his chest. He could taste the iron tang of blood, but it was somehow comforting; enticing. It made him want more. He saw nothing like the dragon Robert had mentioned. Instead: haunches, a waist, long hair. A momentum was building within him, a longing to touch, to possess, to control. A sweat descended over him.

“Fischer,” came the voice on the phone.

“Otto? It’s Ernest. Listen, I think there’s a problem with the red test. How many people have seen it?” 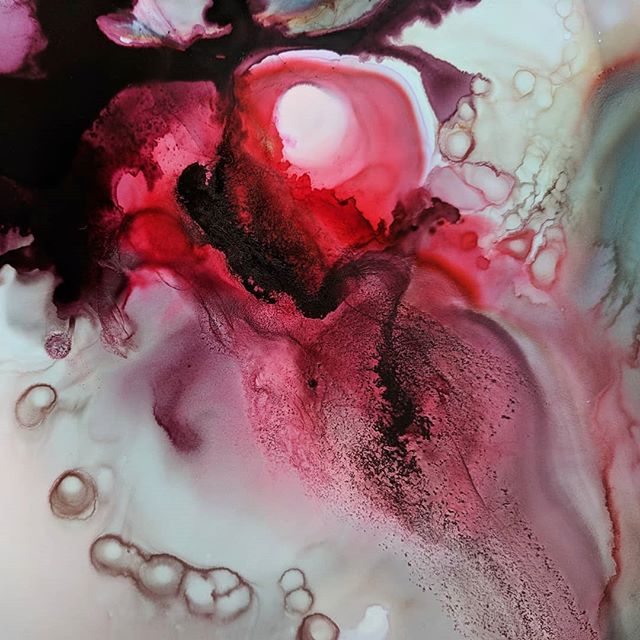